Why You Need to Clean the Lint Filter Every Time 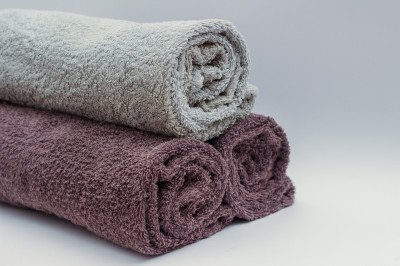 You finally have your own place and your own in-home washer and dryer -- and you're the only one using them! You no longer have to contend with other people's germs or frayed clothing leaving bits of threads over everything, so your dryer isn't going to clog up with lint, right?

That's not quite true. Even washing only your own clothing can produce enough lint to fill up the lint tray in your dryer. And if you think that you won't have to empty that dusty lint filter before drying your clothes, think again. Leaving even one load's worth of lint on the lint screen can create problems.

Blocking Air Flow
The immediate issue is that lint blocks air flow through the screen. That affects air flow throughout the dryer, resulting in a load of clothing that doesn't dry properly. You end up having to do a second drying cycle that is both annoying -- it takes up more of your time than you wanted to devote to laundry that day -- and it uses up more electricity or gas. Removing the lint from the screen in the tray before starting the dryer ensures that air won't be blocked as it tries to flow through the system.

Creating Fire Risks
Another problem if you let lint build up is that it is highly flammable. If a thick layer of lint remains on the screen, bits of lint can start to overflow out of the lint tray area. When exposed to high heat, the lint can catch fire. While this does not happen every time you leave lint on the screen, of course, it's a dangerous risk to take. Not cleaning the vent will also cause the vent from behind the dryer to the outside of the house clogged causing another fire hazard and the expense of having to hire a duct vent cleaning company.

Instead of assuming things will be fine, make it a habit to check the lint screen both before and after you dry your clothes. Remove all the lint you can find so that your latest load of laundry goes well. If you remove the lint and find your laundry still isn't drying well, contact us today at Professional Appliance Repair in Metairie or New Orleans. Get that dryer fixed quickly so that laundry doesn't become a chore in every sense of the word.

Ways You Are Damaging Your Major Appliances
Why is it Important to Change the Water Filter in my Refrigerator
How to Get the Most out of your Ice Machine during Parties and Holidays
Is your self-cleaning oven doing more harm than good?
Get your under-counter ice machine ready for summer!